The Pennsylvania State House fronted on Chestnut Street between Fifth and Sixth.  Known today as Independence Hall, this revered building was the seat of the rebel Congress through most of the American Revolution. The painting below by Philadelphia artist Paul MacWilliams, Pennsylvania Statehouse, 1776, depicts a bird's-eye view from behind the State House looking north toward the highlands. Based on years of meticulous research, MacWilliams' splendid rendering captures the life and landscape of the revolutionary city.

At the outbreak of the American War of Independence, Philadelphia was the largest English-speaking city in the world after London, boasting a population of some 40,000.  Its picturesque cobblestone streets, laid out at right angles, expanded westward from extensive wharves along the Delaware River.

During the war for independence, the city became a military objective of Major General Sir William Howe, commander in chief of the British army in America.  In the fall of 1777, at great cost to his army, Howe succeeded in capturing the seat of the rebel government.  Benjamin Franklin, then on a diplomatic mission in Paris, took the news of Howe's victory in stride. His shrewd assessment has amused historians for centuries: "Sir, you mistake the matter. Howe hasn't taken Philadelphia, Philadelphia has taken Howe."

Franklin was right.  Howe occupied Philadelphia for the next nine months, spending much of that time in liquor-soaked indolence while General George Washington and his officers transformed the Continental Army at Valley Forge into an effective, disciplined fighting force. 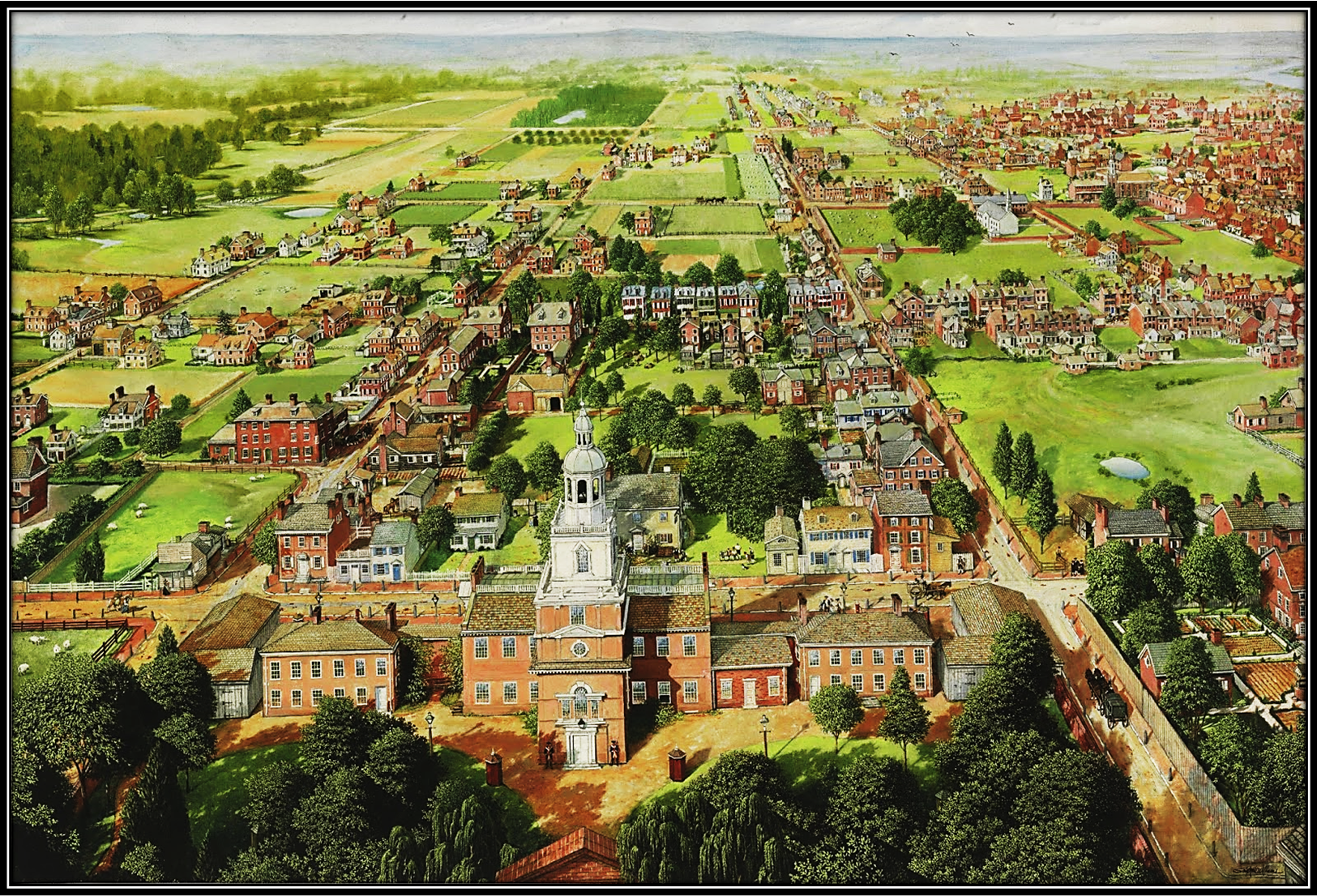 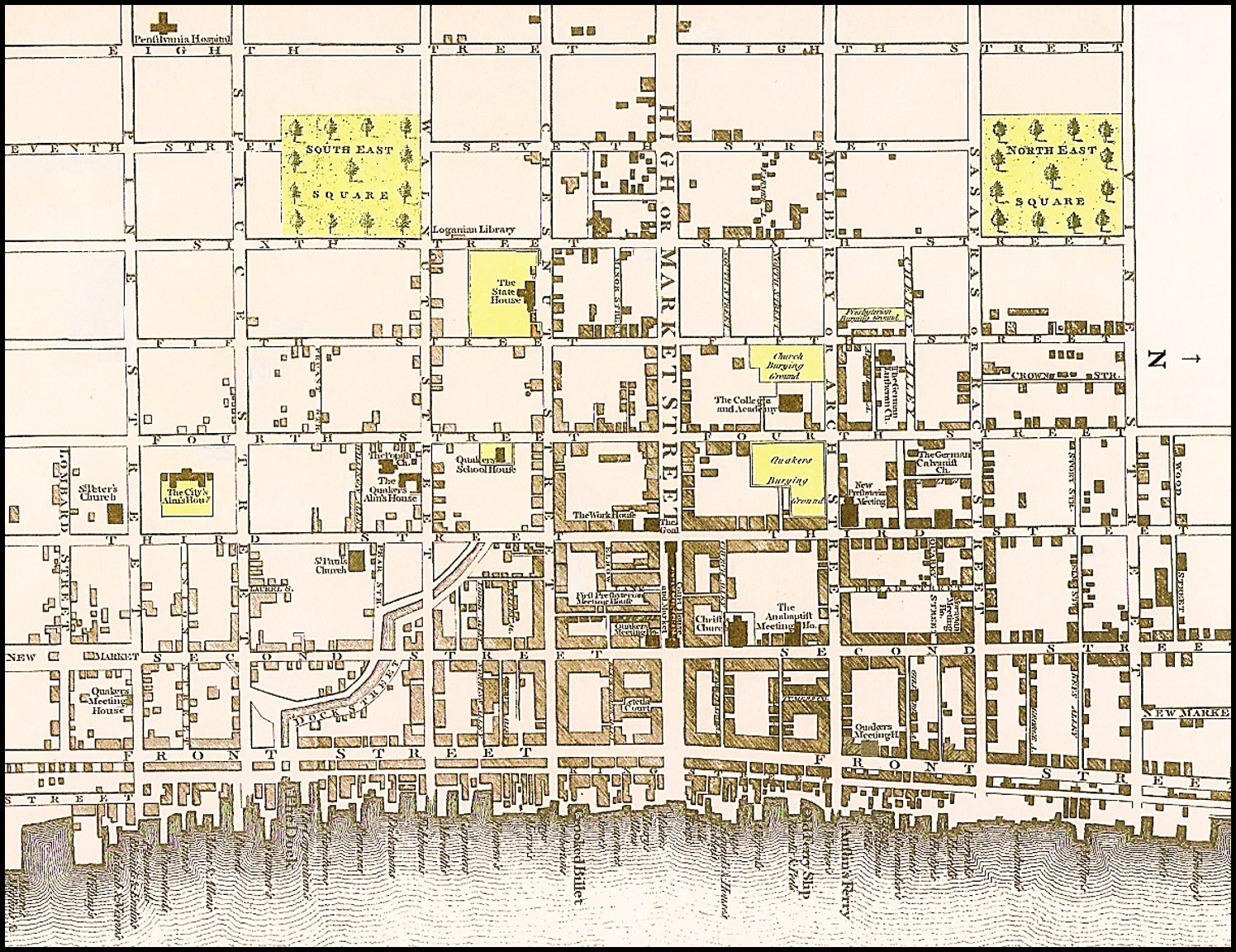 The map below was published in London in 1777 by William Faden.  The dark shading outlines Philadelphia proper along the Delaware River waterfront.  The lighter shading indicates the anticipated city expansion across a two-mile grid between the Delaware and Schuylkill Rivers.

The Philadelphia street map presented here is part of a survey performed in 1776 by Benjamin Easburn, surveyor general of Pennsylvania.  Oriented with the north toward the right, the map shows wharves, streets, houses, parks and cemeteries, as well as a library, college, jail, almshouse and hospital.  It also indicates the locations of churches of a variety of denominations, including Roman Catholic, Lutheran, German Calvinist, Presbyterian, Moravian, and a Swedish church, along with several meeting houses and other institutions associated with the predominantly Quaker community.